The commercial real estate market within the Westfields Center (“Westfields”) has tightened over the past twelve (12) months, with the vacancy rate declining 400 bps to 18%. There are three factors contributing to this decline: construction and delivery of mixed-use development, influx of new capital investment in commodity office buildings, and consolidation of the government contracting industry.

An important catalyst in the recovery of Westfields has been the anticipation and delivery of The Field at Commonwealth and Preserve at Westfields. Companies such as Redfin and Tetra Tech have located to Westfields from other markets, in part because of the walkable amenities. Newmark Knight Frank is tracking companies that are considering a relocation to Westfields from Fair Lakes, Sterling, Reston, and Herndon.

In the early part of the decade, Westfields was impacted significantly by the Great Recession, sequestration, and BRAC. The trend of rising vacancy in office buildings coincided with high debt levels, effectively handcuffing numerous office owners. Since January 1, 2016, sixteen (16) buildings have sold, totaling 1.7 million square feet. Notable transactions include The RMR Group’s acquisition of the six-building Stoneleigh and Newbrook portfolio and AAFMA’s purchase of 14800 Conference Center Drive. In each case, the new owner has repositioned the properties with common area upgrades and amenities. In addition, there have been two user sales: YM Dental Laboratory’s purchase of 14100 Park Meadow Drive, and Pinnacle Education Services’ acquisition of 14120 Newbrook Drive. Westway Development is purchasing 4805 Stonecroft Boulevard with plans to convert the office building into a flexible space solution for companies requiring secured office space.

In 2019, government contractor consolidation has benefitted Westfields. Perspecta recently signed a 167,000-square-foot lease at Plaza East I & II at 14291 and 14295 Park Meadow Drive. The lease is a consolidation of multiple locations in Northern Virginia, including 13600 EDS Drive in Herndon, which Amazon Web Services purchased. Perspecta’s lease will displace Chenega—which signed a 25,000 square foot lease at 14200 Park Meadow Drive—and Leidos, which is currently looking for 75,000 square feet. 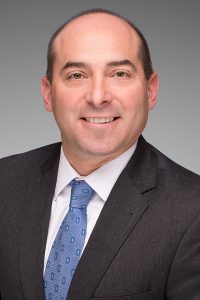